‘O you who have believed, believe!’

I found it strange that Allah SWT is addressing the believers (O you who have believed) and then commanding them to ‘Believe’, ‘Have eman’ again!

Wondering what the significance of this was, I referred to Ustadha Taymiyah Zubairs Talim al Quran course to understand the following:

This command of Allah SWT is understood in two ways:

What does it mean to believe in Allah SWT? First of all in His existence, then secondly in His Uluhiyyah (He is the ONLY One worthy of worship), thirdly in His Rububiyyah (that He is the Rabb, the creator), and fourthly in His Sifaath (in His names and attributes). If a person denies even one of these, then his eman is incomplete.

What does it mean to have belief in the messenger? [ Here رَسُولِهِ  refers to the Prophet SAW because its singular. ]

‘Belief in the book’ Which book? The Qur’an.

‘Belief in all of the books that was revealed before’: Even if you didn’t have their original versions with you, Still believe that Allah swt is the One who revealed those books.

‘And one who disbelieves in Allah SWT (deny His sifah etc) and His angels, His books, His messengers, and the Last Day has certainly gone far astray.’ : He has gone faaar away from the truth, the person who disbelieves in any of what is mentioned here has strayed.

‘O you who have believed, believe!’ 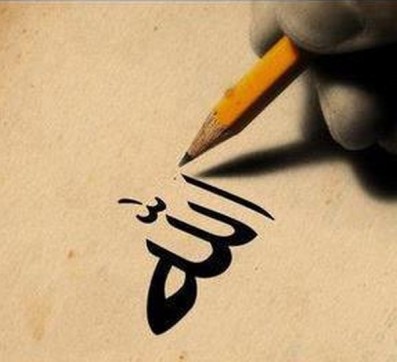 The Meadows. Dawn. And a Pen. From a Soul that longs for its long lost Abode..
View all posts by Sameera Hameed →
This entry was posted in In Thy Name We live, Miscellaneous, Quranic Reflections and tagged Allah, Allah SWT, Excellence, Harmony, Islam, KeepGoing, Light, quran, Reality, Reflections, Sincerity, slave. Bookmark the permalink.