When even the Shaytan ran for his life…

And [remember] when Satan made their deeds pleasing to them and said, “No one can overcome you today from among the people, and indeed, I am your protector.” But when the two armies sighted each other, he turned back on his heels and said, “Indeed, I am disassociated from you. Indeed, I see what you do not see; indeed I fear Allah . And Allah is severe in penalty.”

SubhanAllah, when the imam recited this, I coudn’t help but imagine ‘even the Shaytan fears Allah SWT?’ Wow! So where am I?

Look at the words of Iblees! – ‘I fear Allah! I see what you do not see!’ and then he flees for his life!

Would it then be enough for us to say ‘I fear Allah’ then? If the fear doesn’t bring action into our lives, then that fear is not sufficient. Ibadah requires hope, fear and love of Allah SWT:

Simply having ‘hope’ alone in His Mercy, isn’t sufficient.

Simply having love alone, not following it with actions, isn’t sufficient.

We depend and hope for His mercy, have the freedom to love and expect His love, we fear His punishment, and toil for His pleasure and keep away from His displeasure; and yet, it is we who are benefited in all our acts of worship. For everything we do by obeying Him, WE are rewarded. We submit, willingly, to Him alone. Worship, is encompassed of all the three.  ❤

The work of shaytan is to tell a person to disobey Allah SWT, and when the person has obeyed shaytan, then shaytan abandons them. Allah SWT has told us what shaytan will tell us on that day:

‘And Satan will say when the matter has been concluded, “Indeed, Allah had promised you the promise of truth. And I promised you, but I betrayed you. But I had no authority over you except that I invited you, and you responded to me. So do not blame me; but blame yourselves. I cannot be called to your aid, nor can you be called to my aid. Indeed, I deny your association of me [with Allah] before. Indeed, for the wrongdoers is a painful punishment.”‘ [Surah Ibrahim, Verse 22]

Umar RA was one of those promised paradise! And yet he would weep with fear saying that if all the world was admitted to Jannah with the exception of one man, then he feared he would be that man. 😥

Ibrahim AS was our beloved Prophet and khaleelullah! The man blessed and honored by Allah swt to build the ka’bah, and yet in doing so he would weep and ask for Allah SWT to accept it from him.

What makes us content in our worship and actions of our day to day life, today?

That moment when a verse in the Qur’an strikes you so hard, that you fear oversleeping over fajr, you fear Riya, you fear being proud or arrogant over the self, you fear doing an act of disobedience to Allah SWT, you hate your sins, you fear being of those thrown into Hellfire so much that your eyes brim with tears and your heart overwhelms you with the desire to be forgiven, with the desire to not be of the forgotten, and you can’t help but fall on your knees and seek His love and Mercy and forgiveness and closeness… 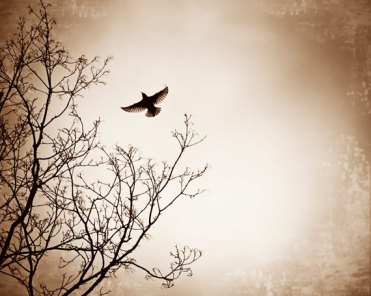